Asynchronous programming is a technique used to perform long-running tasks without blocking the main thread of an application. This is important in Android, where the main thread is responsible for rendering the user interface and handling user input. Traditionally, asynchronous tasks have been implemented using callbacks, which can make the code complex and hard to understand.

Coroutines offer a simpler and more readable alternative to callbacks for asynchronous programming in Android Kotlin. By using coroutines, you can write asynchronous code that looks and behaves like synchronous code, giving you more control over the flow of your program.

Let's look at an example of implementing a small asynchronous task in an Android application using coroutines. This will help us understand how to use coroutines to write clean and efficient code for asynchronous tasks in Android.

To use coroutines in your Android project, you will need to add the following dependency to your build.gradle file:

Once you have added the dependency, you can start using coroutines in your project by adding the suspend keyword to the function you want to make asynchronous. For example, let's say you want to make a network call to fetch some data from a server. With coroutines, you can do this as follows:

As you can see, the "fetchData" function is marked with the "suspend" keyword, which tells the compiler that this function can be suspended and resumed at certain points. The "withContext" function is used to specify the context in which the code should be executed, in this case, the IO dispatcher, which is a thread pool designed for blocking IO operations.

To use the fetchData function, you will need to call it from another suspend function or from a coroutine. You can do this using the launch function from the CoroutineScope class:

The launch function creates a new coroutine and starts it immediately. The Dispatchers.Main parameter specifies that the code inside the coroutine should be executed on the main thread, which is necessary because you can't update the UI from a background thread.

With these few lines of code, you can easily make asynchronous network calls and update your UI with the results, all without using any callbacks. Coroutines make it much easier to write clean and readable code, and are a great tool to have in your Android development toolkit.

Now is the time to go beyond the surface level and really get to know Kotlin coroutines by examining them more closely.

What do we need in order to use coroutines? 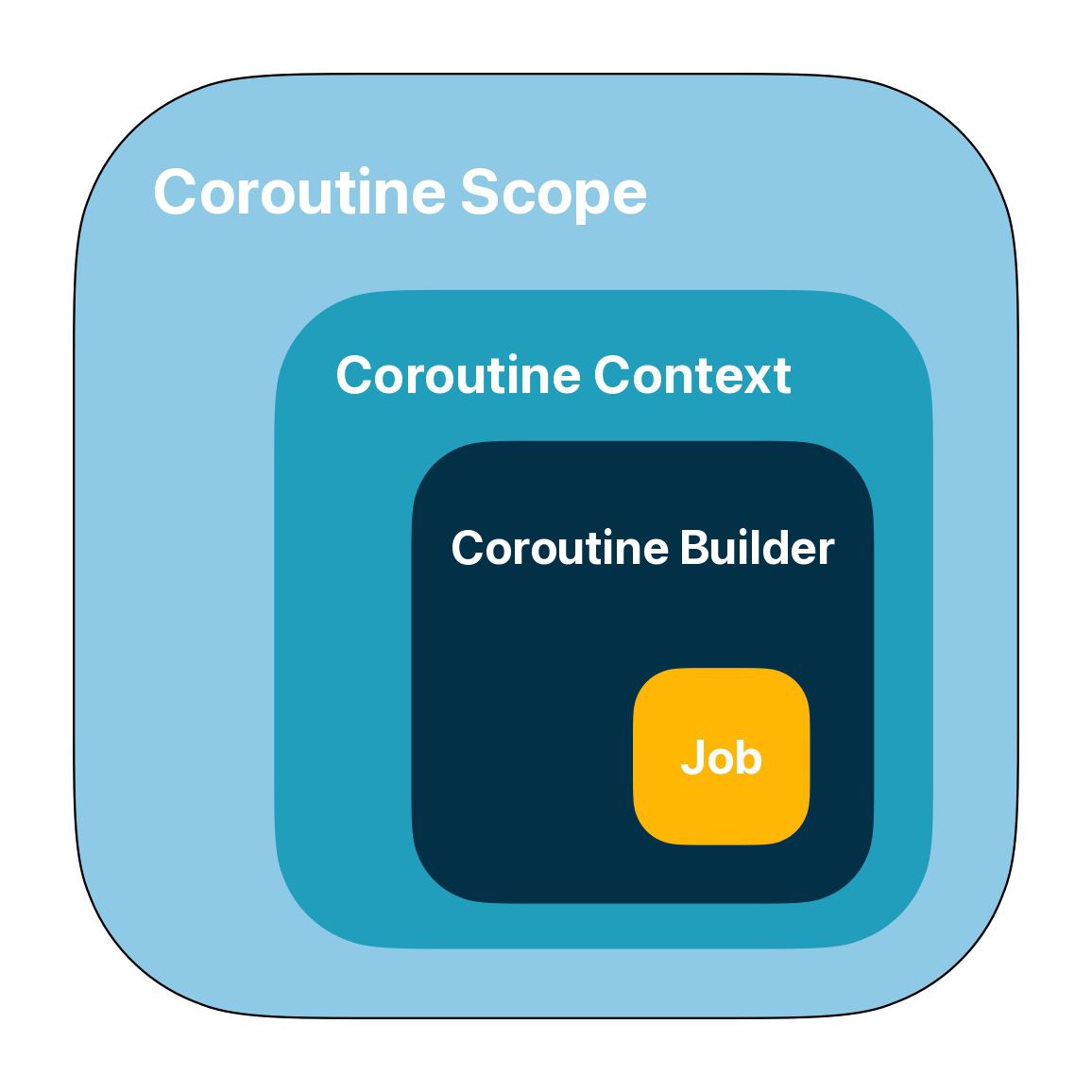 There are several built-in scopes that you can use in Kotlin, such as:

You could try it here: https://pl.kotl.in/Bbe35HhM8

Once you have decided on the scope in which you want to launch your coroutine, the next step is to choose the context or dispatcher that will determine on which thread the coroutine will execute.

In Kotlin, dispatchers are represented by the CoroutineDispatcher interface, which defines a single dispatch function that is responsible for executing a given piece of code on a specific thread. There are several built-in dispatchers that you can use, such as:

Which dispatcher you should use will depend on the specific needs of your app. In general, it is a good idea to use the most appropriate dispatcher for the type of work that you are doing, to ensure that your coroutines run efficiently and do not block the main thread.

After determining the scope and the dispatcher, you can proceed to creating and starting the coroutine.

Each of these coroutine builders has its own specific use cases and can be useful in different situations. For example, you might use launch to perform a long-running task in the background, async to perform a computation and retrieve the result asynchronously, or produce to create a stream of data that can be consumed by other parts of your code. For example:

In Kotlin coroutines, a "suspending function" is a function that can be paused and resumed at a later time. Suspending functions are used to perform long-running tasks, such as network requests or database access, in a non-blocking way.

Here is a list of some of the most common suspending functions provided by the Kotlin coroutines library:

In this example, we start a new coroutine called "X" and begin printing a message with an incrementing value. Then, we yield control to other coroutines using the yield function.

The coroutine "A" takes control and prints the message: "A: I took the control first". After that, the control is returned to "X", and it continues printing incrementing values.

In this example, the withContext function suspends the current coroutine and runs the block of code in the IO context. The coroutine is resumed with the result of the block (i.e. the string "Hello, World!") once the block completes.

You can use withContext to perform blocking or I/O-bound operations in a specific thread, or to switch between threads to take advantage of the different characteristics of each thread. For example, you might use Dispatchers.Main to update the UI from a background thread.

Kotlin coroutines are a useful tool for Android developers to write asynchronous, non-blocking code in a more readable and straightforward manner. They enable the suspension and resumption of code execution and provide various coroutine builders, such as "launch," "async," "runBlocking," and "produce," to create and manage coroutines. Suspending functions allow you to perform long-running tasks, such as network requests and database access, asynchronously. Kotlin coroutines also provide ways to handle errors, including try-catch blocks, the "throw" keyword, and the "supervisorScope" function. In summary, Kotlin coroutines are a valuable addition to any developer's toolkit for writing efficient asynchronous code in Android projects. 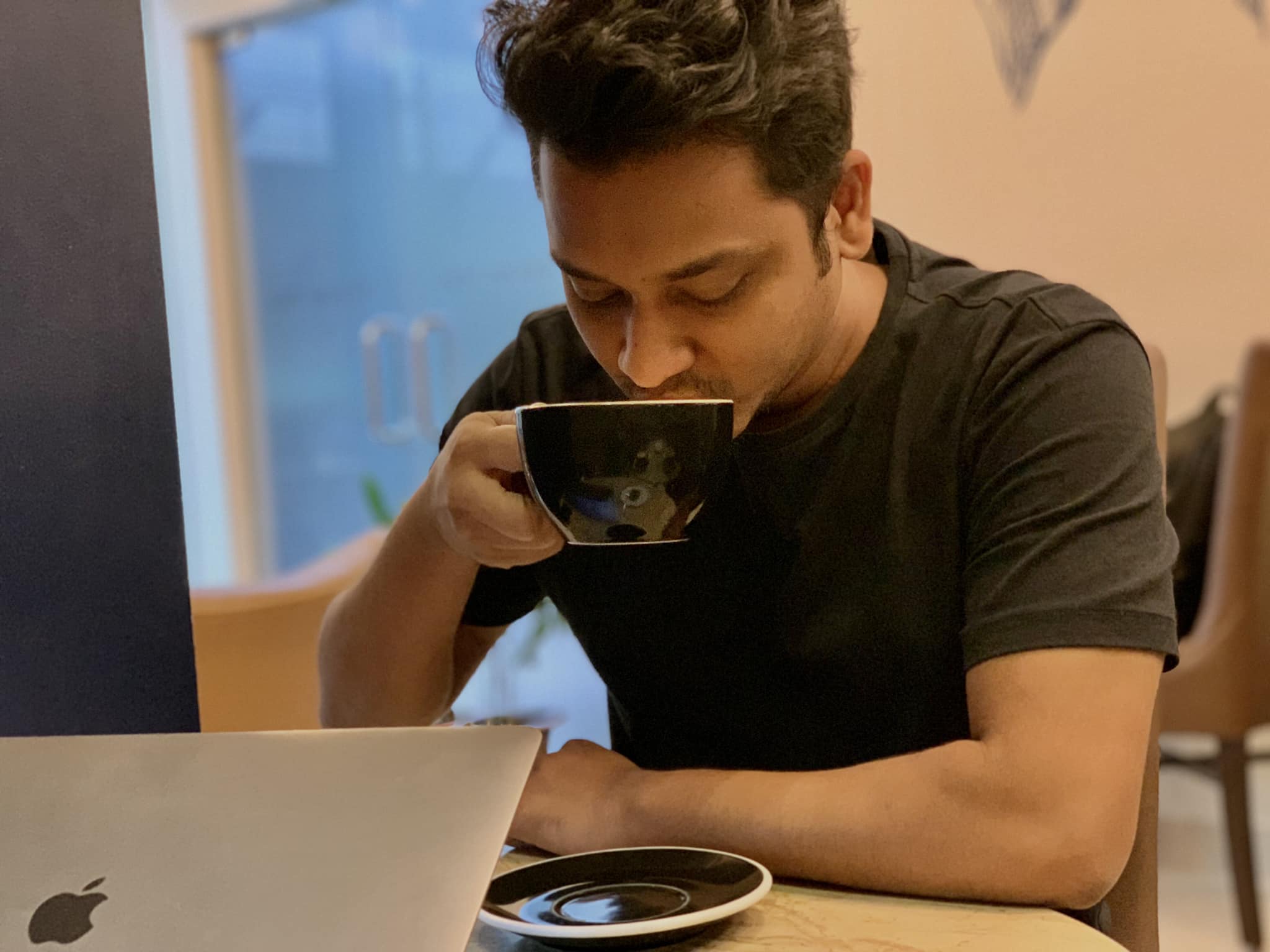