Every year Apple's WWDC event is a highlight in the Apple developer community, and this year was no different. Because of COVID-19 the event had to take on a new form and move out of Cupertino and into the virtual world. The week was kicked off with the highly anticipated keynote and state of the union talks followed by a daily release of video sessions and developer labs, where developers could book 1:1 sessions with Apple's engineers.

Even more than in recent years, the leitmotif of a lot of topics Apple covered was the convergence of all platforms within their ecosystem. Starting with the transition to ARM-based CPUs for the entire Mac product line, to universally applicable SwiftUI code, through to macOS Big Sur's new user interface, unification appeared to be the mantra resonating through everything. Take Big Sur's new Desktop, put an iPad next to it, and ask your grandma which one is which.

For users this means they only have to learn how to use an Apple product once. If you already know how to use an iPhone, chances are you'll have little trouble getting used to an iPad or a Mac. In the majority of cases you'll probably be able to use the same apps.

For developers it means it should be easier than ever to offer apps on multiple platforms. You just have to make up your mind about which technology to adopt. On iOS your options are manageable. On macOS on the other hand, you can now choose between AppKit, UIKit, Catalyst, and SwiftUI to build the user interface of your app.

For Apple it means everything they've been able to do with their in-house SoCs powering iOS devices for a number of years now, finally comes home to the Mac. They have full control over the development roadmap of both their software and hardware, on all of their devices.

Another topic Apple again put a lot of emphasis on, is the privacy of its users, with iOS users gaining even more control over data that is shared with developers or 3rd parties and macOS inheriting a lot of privacy-focused features iOS user have been familiar with for years.

Highlights For Users (and Developers)

Apple added an App Library to the last page of the home screen. It automatically organizes and groups all your apps contextually. You can choose how many pages you want to display and hide rarely used apps for a less cluttered home screen and quicker access to App Library. It also provides a search bar at the top, with all apps sorted alphabetically and a quick way to search for apps.

Apple added widgets to the iOS 14 home screen, allowing you to freely position your widgets alongside your apps on the home screen. There are three different sizes to choose from, depending on how important the content of a widget is to you. When you drag and drop your widget, space between the app icons will automatically be managed based on the position and size of the widget. You can also place a stack of widgets on your home screen and navigate through it using a swipe gesture. As opposed to Today widgets, the new home screen widgets are written exclusively using SwiftUI.

Apple added Picture-in-Picture support. While watching a video or talking to a friend on FaceTime, it allows you to access other apps on your iOS device at the same time. The below image shows a PiP video displayed alongside the Notes app.

Much like the new overlay for incoming calls, Apple redesigned Siri's interface to be less intrusive by not covering the whole screen. Addressing Siri now summons an indicator at the bottom of the screen: 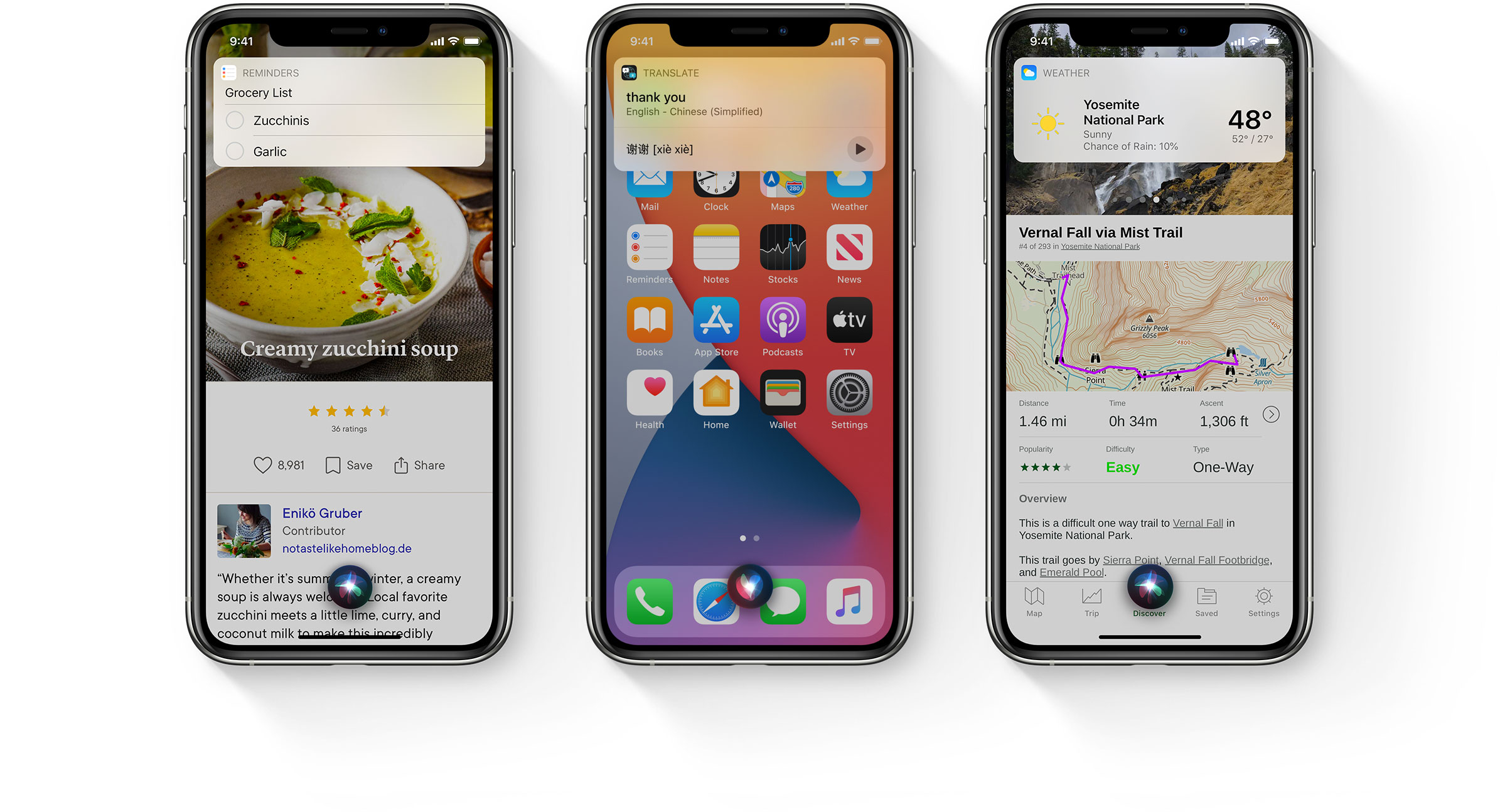 Apple designed the Translate App for conversations. It works completely offline and keeps your conversations private. You can translate your voice and text from and to any of the languages below. In a conversation it can automatically detect who is speaking based on the language that is spoken, and add the translated text to the right side of the conversation. 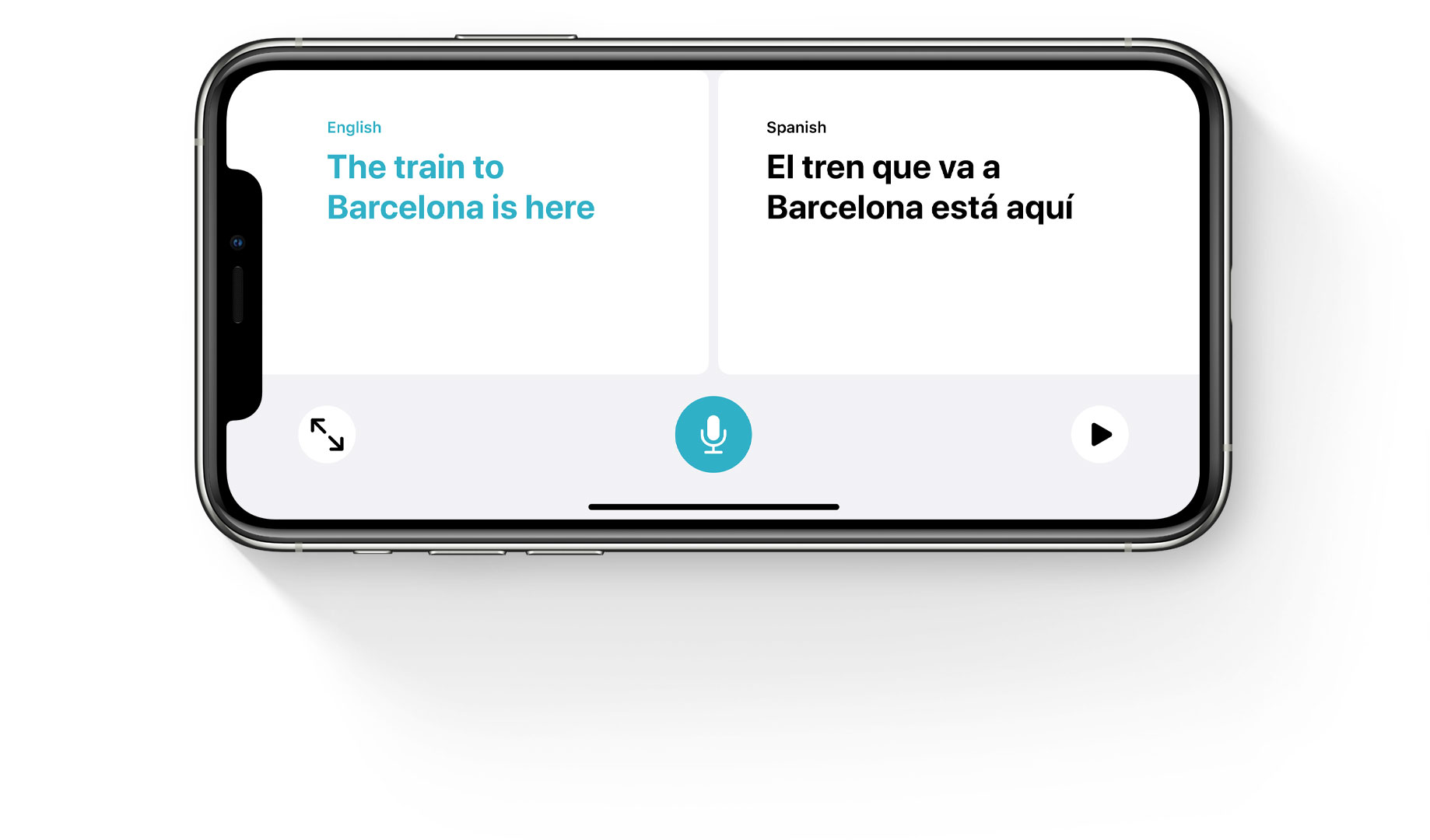 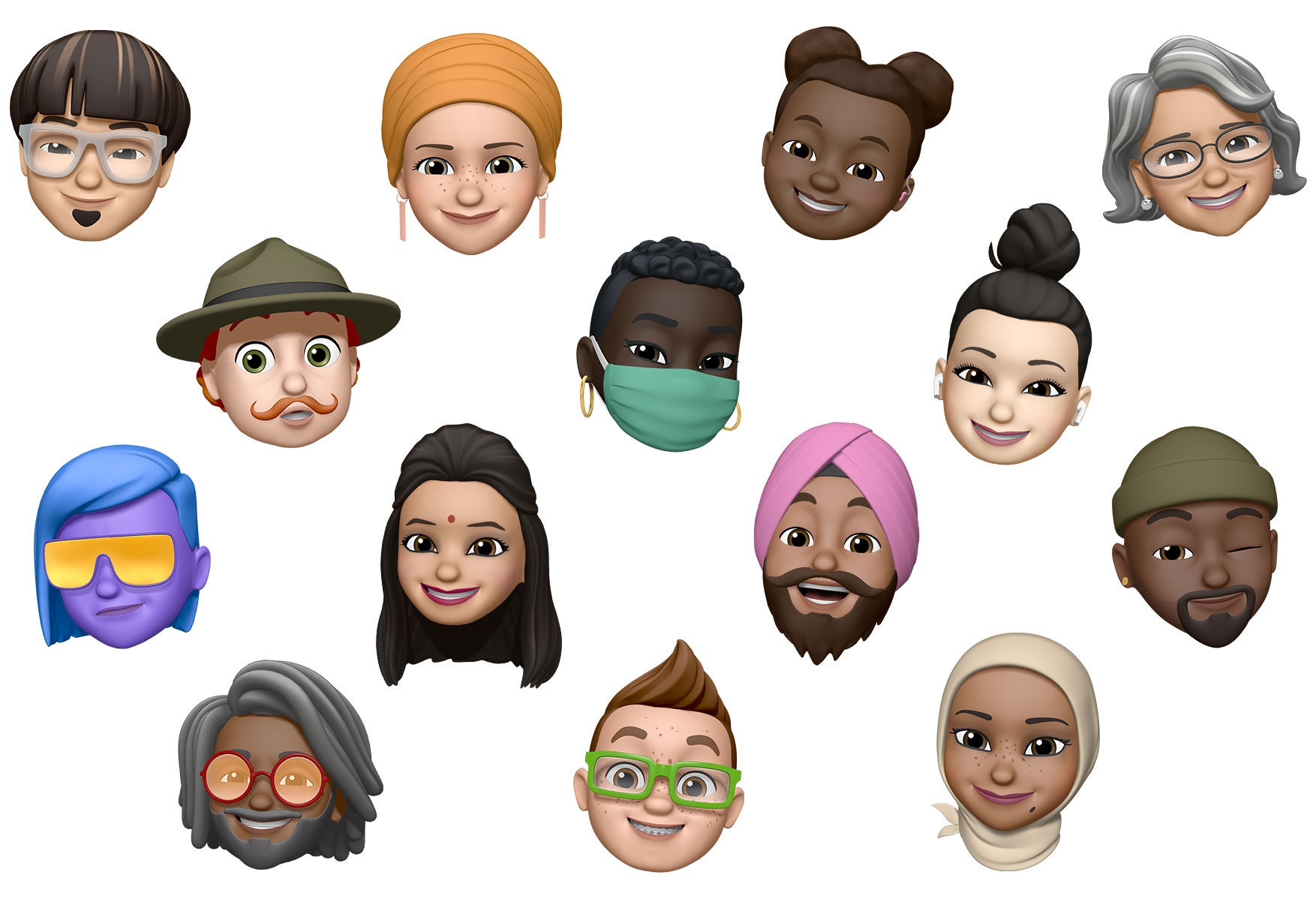 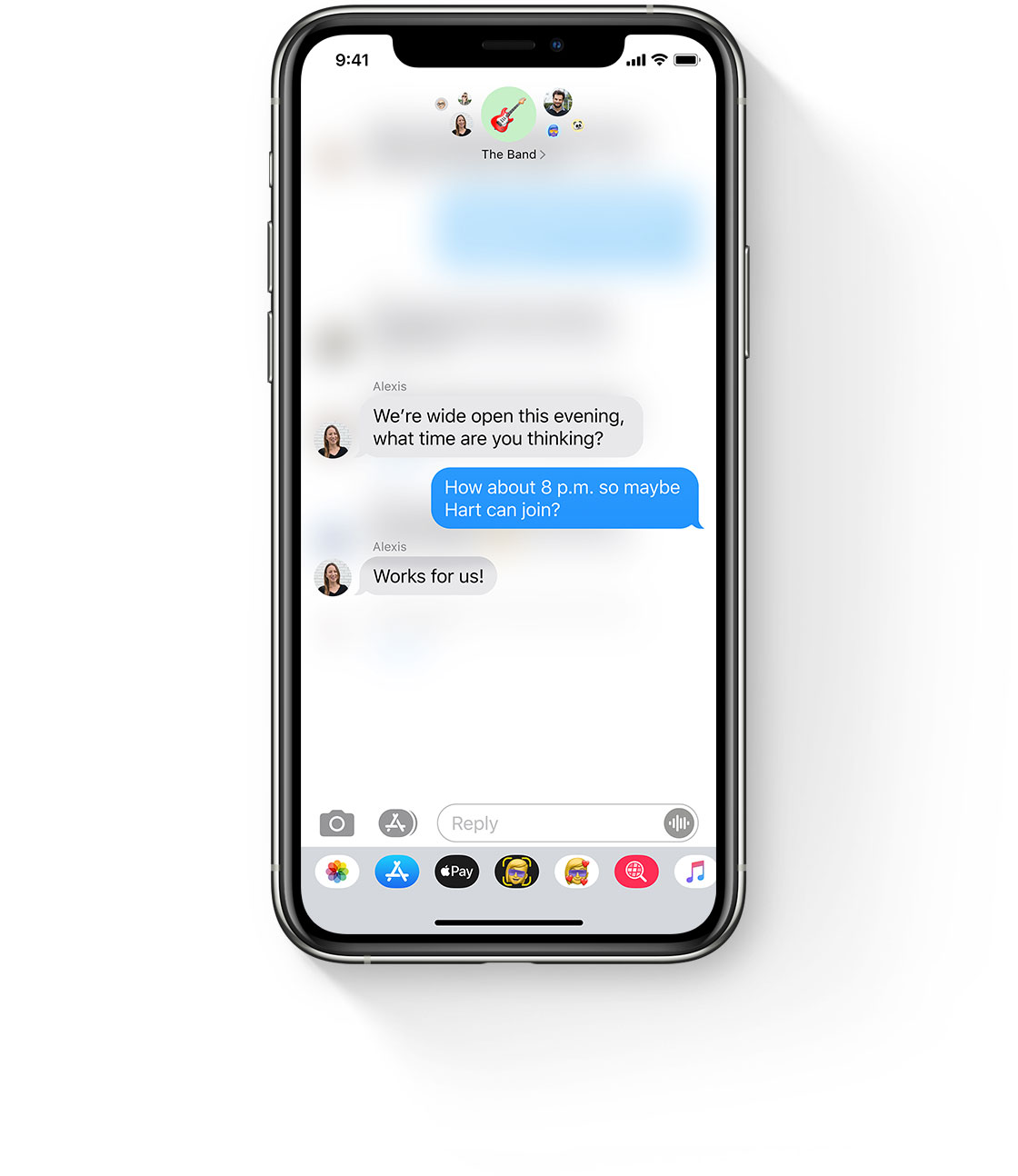 Apple has added some welcome features to Maps:

Highlights For Developers (and Users)

Every year Apple adds a slew of new features to the Swift Standard library and 2020 was no exception. Some of the highlights from Swift 5.3 include:

When Apple introduced SwiftUI at last year's WWDC, it left a lot of developers with mixed feelings. On the one, everyone was excited about the paradigm shift to a fresh, concise, and declarative approach to building user interfaces. On the other hand, it still left a lot to be desired, lacking some critical features. In short, it was not ready for the main stage.

This year, Apple added a lot features developers have been asking for. Some highlights include:

App clips offer a promising new way for businesses to increase the discoverability of their apps and services while at the same time eliminating the need to install a full app.

At a glance, app clips:

Apple has further extended its lead over the competition in AR. This year they introduced features making use of the LiDAR scanner that was added to the iPad Pro earlier this year and that will potentially come to high-end iPhone models this fall. Some highlights include:

Third-party apps are now able to read ECG data that can be recorded with the Apple Watch since watchOS 5.2. 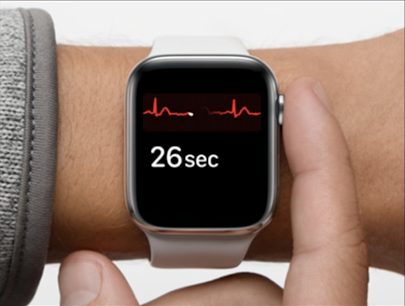 Apple has added HKElectrocardiogram to the iOS 14 SDK:

Apple has added symptom samples accessible to developers to HealthKit:

With iOS 14 and macOS 11 Apple will support DoT (DNS over TLS) as well as DoH (DNS over HTTPS). By enabling this, communication with DNS servers will be encrypted. Where normal DNS traffic would communicate using clear text (allowing others to track and profile users) both DoT and DoH prevent any third-parties from tracking DNS queries by encrypting the entire communication.

Encrypted DNS can be enabled system-wide by setting up a DNS server that supports this or on application-level by developers who want to use their own DNS for resolving addresses.

A MAC (Media Access Control) address is a unique identifier that is assigned to the network interface of your device. With iOS 14 you will be able to enable "Private MAC address" for WIFI which will change the MAC address periodically and also whenever you switch networks. This will prevent systems from tracking you (/your device).

Of course, you can decide to use the real MAC address where applicable. For example it might make sense to do so for your home or work network if the routers use it to recognize your device and grant access.

This year Apple continues to focus a lot on one of the most important topics nowadays: Accessibility. There are a couple of highly recommended sessions talking about improving accessibility by optimizing for Voice Over, Switch Control as well as making the visually accessible.

You'll find the relevant sessions here. They are all great, but I found this one by Sommer Panage particularly interesting and eye-opening.

Be inclusive. Not exclusive!

If you are using the new manifest version // swift-tools-version:5.3 you can include binary dependencies in your package. These are pre-compiled libraries for each supported architecture and therefore won't expose the source code. Once you have set it up other users can include your package as if it was a regular package.

Also, before you start shipping binary dependencies only, bear in mind that you should have a very good business reason to do so; the general drawbacks of using compiled libraries still apply:

Also new with Swift 5.3 is the option to ship resources and localized resources with a Swift Package. This proves great if you want to ship resources, such as images, HTML, or other content as well as localizations with your package.

Swift Numerics is a new package that introduces a numerical API for Swift. It comes with two stand alone modules RealModule and ComplexModule. The RealModule defines four protocols:

The ComplexModule is build on top of the RealModule and adds a new struct Complex<RealType> where RealType: Real. It support most of the arithmetic functions already provided for real numbers as well as a set of functions only relevant for complex values.

Swift on Server has received a lot of love recently by Apple. They are heavily invested in SSWG (Swift Server Working Group) where people from Apple together with others and our friends from Vapor provide overall technical direction, support and curate packages and make the (Swift) world a better place.

In this year's WWDC Apple has mentioned Vapor in their Platform State of the Union and designated a whole session for using Swift using AWS Lambda.

Apart from Swift NIO, Swift AWS Lambda runtime and Swift Crypto many of the new features introduced in this years WWDC are very useful for Server-side Swift development, e.g. the updates to Swift Package Manager, Swift 5.3 or Swift Numerics. 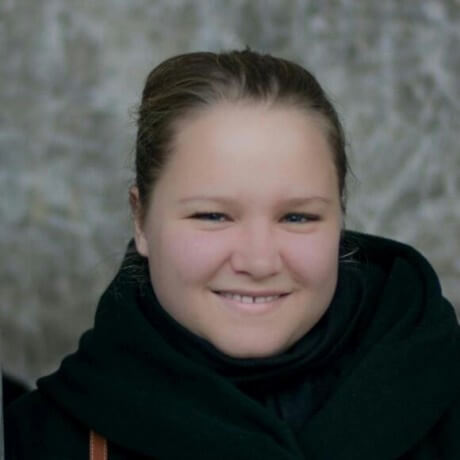 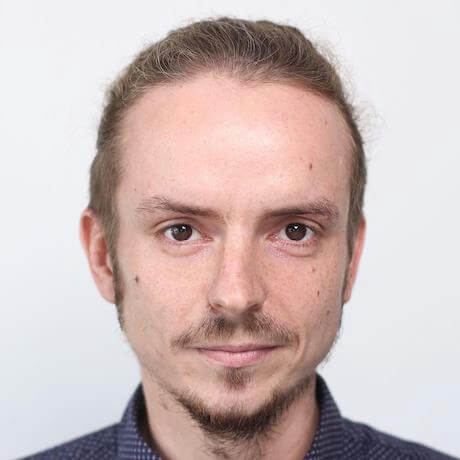 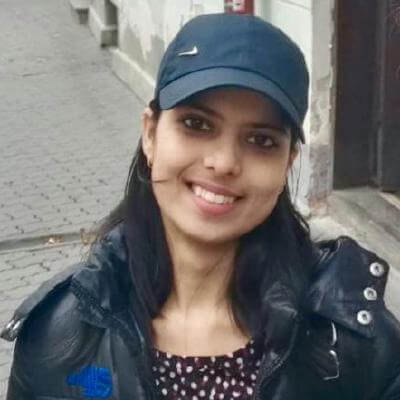 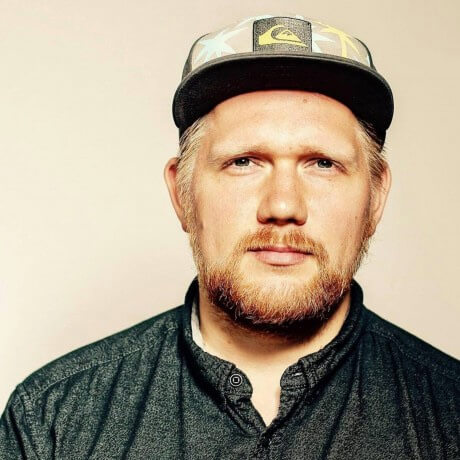