Combine networking with a hint of SwiftUI

In this blogpost we will examine what Combine is and how it can be used. Combine is a huge topic, and obviously, we will not cover everything here. So, continue reading to learn how we can use Combine to make network requests in a very general and efficient way, and finally display the fetched data in a List, using SwiftUI.

As Combine was released in 2019, the minimum iOS version is 13, so for Combine to run with your app, you must specify a minimum target of iOS 13+.

When to use Combine, and how does it work?

Reactive programming is mainly used to handle asynchronous datastreams inside your app, such as API calls (which is what this blogpost will cover). It can also be used if your UI has to wait for some action to happen, before being updated.

The way it works is described as a dataflow pipeline. There are three elements involved in this pipeline: publishers, operators and subscribers. Before diving into the actual elements, here is a simple overview of how they work:

The subscriber asks the publisher for some data, which sends it through an operator before it ends up at the subscriber who requested it.

Simply, the publisher provides the data and an error if necessary. The data will be delivered as an object defined by us, and we can also handle custom errors. There are 2 types of publishers:

The subscriber asks the publisher for data. It's able to cancel the request if needed, which terminates a subscription and shuts down all the stream processing prior to any Completion sent by the publisher. There are two types of subscribers build into Combine; Assign and Sink. .assign assigns values to objects, like assigning a string to a labels text property directly. .sink defines a closure, that accepts the value from the publisher when it's read. In this blogpost's example, we will only use .sink.

An operator is a middle ground between the publisher and the subscriber, and because of this, it acts as both. When a publisher talks to the operator, it's acting as a subscriber, and when the subscriber talks to the operator, it's acting as a publisher. The operators are used to change the data inside the pipeline. That could be if we want to filter out nil-values, change a timestamp etc. before returning. Operator is actually just a convenience name for higher order functions that you probably already know, such as .map , .filter, .reduce etc.

Let's dig into some code 🧑‍💻

Alright, now that we have the basic knowledge (kinda) sorted, let's dive a bit into the code that makes Combine useful as a reactive programming-framework.

Then create a new Xcode project, and make sure to pick SwiftUI as our User Interface. 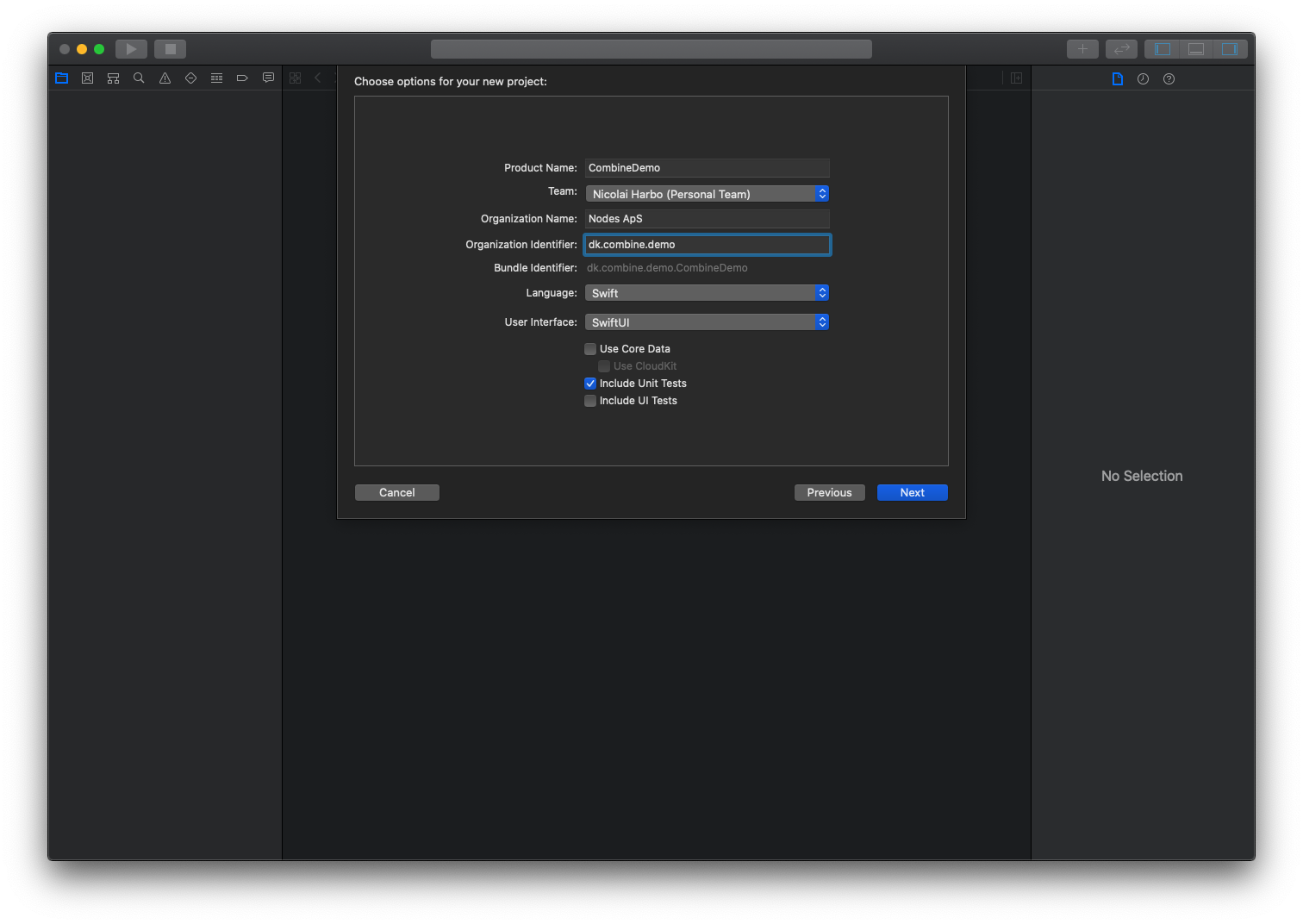 💡 If you're following the example, please be aware that you might be met with compiler errors, before completing all steps

Alright, so this leaves us with an all fresh project, with the SwiftUI basic setup. For good sakes measure, you might want to change the filename to MoviesView. Afterwards, change the boilerplate code to look like this:

💡 If you changed the name of the ContentView, you have to go to your SceneDelegate-file and change the name there as well

Not much code needed to set up our super-simple listview - if we were to do this with UIKit and a UITableView, we would have had a lot more code. So let's take a second to appreciate SwiftUI 👏.

Create the models for the data we are about to fetch: MovieResponse and Movie

Add the following to the two newly created files:

Now that we got our models in place, let's get to the fun part.

We are going to build a very general APIClient, which we will call from our MovieViewModel that we instantiated in the very top of our MoviesView that we just did.

Create a new file named MovieViewModel, and add the following to it:

Alright, so far so good - we still need to make the actual API call. For this, we need a general APIClient. So, create a new file named APIClient and add the following code:

Now we have the APIClient set up, and as you can see, it just takes an URLRequest as parameter, so let's make something that can build URLRequests for us, that matches our API.

Create a new file and name it MovieDBAPI

Add the following code to the newly created file:

Run the project, and you should be presented with a list of weekly trending movies. Combine publishes the list as soon as it's ready, all reactive and smoothly.

The way we built the APIClient, allows us to easily add more paths to the APIPath enum in a nice and clean way. For simplicity, we only made a very basic and simple GET request, but we could make the func request(_ path: APIPath) function build any other kinds of requests for us as well, e.g a POST-request. The APIClient just takes a URLRequest of any kind, and that's what we feed it.

I hope you made it work and can see the advantages of using Combine for networking. It's super powerful as soon as you get the grasp of it! 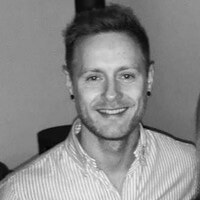 Passionate about 💻 Tech, 🕹 Gaming and 🥘 Food