iOSCon is an annual conference in London, focusing mainly on Swift development for iOS, but with talks also spreading this year to as diverse subjects as Accessibility and making the most of the time you have with no regrets. The conference was hosted at Skills Matter, a very well suited venue for this kind of small conference, including several rooms of varied sizes, good quality PA systems, a bar and a ping pong table. Also everything had a geeky edge to it with the names of the bar and rooms being space bar, Ctrl and Alt/Tab.

The conference had two tracks, which meant participants had to pick their favourite and vote to influence room allocations. Luckily this choice was pretty easy most of the time, as it was pretty clear which would be the most applicable to the kind of development we do. Nevertheless, I will make sure to watch the videos from the talks I didn’t attend, to get the complete exposure to the vision of the conference.

Some talks that stood out for me:

The Grand Tour of iOS Architectures by Dan Cutting

The Nodes iOS team is currently in the process of implementing a version of the Clean Architecture/VIP/VIPER pattern, and as such some confusion about which is which often ensues. This talk explained an array of architectures on a conceptual level, which succeeded in highlighting the respective differences and similarities in an easy-to-understand graphical way.

At NSSpain some members of the Nodes iOS team were introduced to Clean Architecture in a workshop with Jorge Ortiz. This talk elaborated a little bit further on how to apply this architecture, by making abstractions between layers by use of protocols. Sometimes it is hard to immediately see the advantages of the Clean Architecture approach over the abundance of files and boilerplate code one has to deal with, but while observing Jorge's work it really starts to make sense.

Workshop: Natural Swift: Write Swift the way it was meant to be written by Paul Hudson

This was a 90 minute tour de force of immediately applicable Swift by Paul Hudson from HackingWithSwift.com. The majority of the talk was spent explaining different uses of swift methods map, flatmap, filter and reduce. One would think this was quickly done, but in the hands of the speaker their uses ranged very broadly. He also touched on reference types vs value types as well as functional programming. Both his coding skills as well as talking skills were highly impressive.

Among others there was a talk about how to debug native Accessibility features in iOS by Sally Shepherd, which made me think about how avoiding to add the little extra to the benefit of people with disabilities is not a very inclusive approach to app development. Also a talk about Minimum Viable tooling by Miguel Angel Quinones had me inspired by amongst other things talking about debugging shortcuts and using a static json response for test users for an app in debug mode, thus avoiding to have to enter credentials all the time for different users. 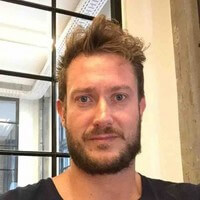